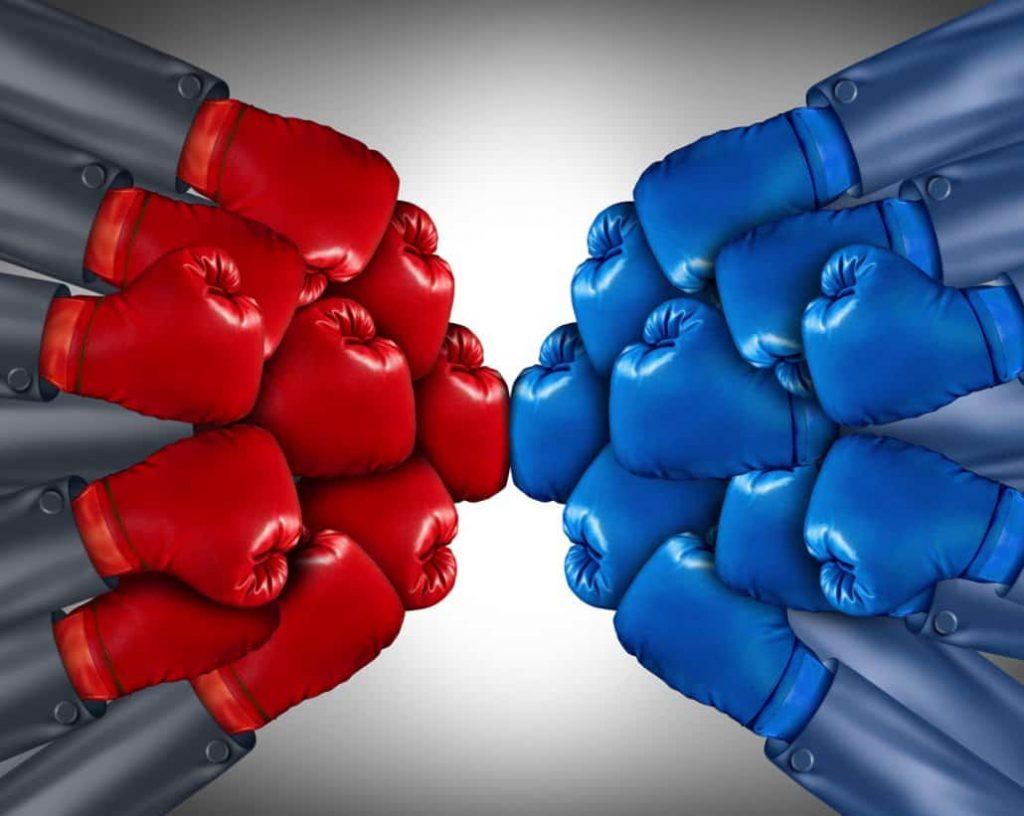 The cybersecurity sector is constantly evolving and it is necessary to be prepared for each of the possible situations that may occur. That's why they exist different cybersecurity teams: the Blue Team, the Red Team and the Purple Team. Each one has a different function and are used to Evaluate and analyze possible failures in the system.

The terms RedTeam Y BlueTeam are commonly used to describe teams that use their abilities to imitate the attack techniques that the “enemies” they could use, and the equipment they use their abilities to defend. In fact, these teams play an important role in defending against advanced cyberattacks that threaten business communications, sensitive customer data, or trade secrets.

When we talk about computer security and data protection, these two teams are essential, they carry out complementary work to detect vulnerabilities, prevent computer attacks and emulate threat scenarios.

To understand in detail the operation and functions of each piece of equipment, we will describe each one: The Red Team is the one we named offensive security and is made up of security professionals who They act as adversaries to get past cybersecurity controls. He is in charge of testing the Blue Team looking for vulnerabilities.

The Red Team radically attacks the system to test the effectiveness of the security program. This attack is not warned so that the defense is with maximum objectivity and see what a real attack would be like. The attacks carried out can be internal to the company itself or it can be from an external company. Teams are typically made up of ethical hackers who assess security objectively.

It is often confused with the figure of pentesters since there is some overlap between their functions and abilities, but they are not the same. The pentesters carry out an intrusion process with pivoting techniques, social engineering and other hacking tests that end with a report in which vulnerabilities are identified.

With the creation of the different attacks, it is possible to see the possible security leaks and to see the behaviors and possible techniques of future attackers. The effectiveness of the Red Team lies in constantly checking the possibility that someone external to the company could have access to the systems and could modify them.

How does a Red Team work?

The Red Team, although it may not seem like it, spend more time planning an attack than carrying out attacks. In fact, the Red Team is responsible for implementing a series of methods to gain access to a network. The Red Team is hired to test the effectiveness of the blue team by emulating the behavior of a real black team (cyber attackers) so that the attack is as realistic and chaotic as possible.

They use a wide variety of methods and tools to exploit and bring down weaknesses and vulnerabilities in a network. What phishing, identification of vulnerabilities, firewall intrusion, etc. It is important to note that these teams will use any means necessary, under the terms of the engagement, to break into a system. Depending on the vulnerability, they can deploy malware to infect hosts or even bypass physical security controls by cloning access cards. The Blue Team is the one we named defensive security and is made up of security professionals who are responsible for protecting critical assets of the organization against any threat. It is responsible for proactively defending real and programmed attacks by the Red Team.

The Blue Team aims to analyze patterns and behaviors that are out of the ordinary. It is also responsible for making evaluations of the different threats that can affect the organization, monitor and recommend action plans to mitigate potential risks. To prevent attacks, they create a database with a range of possible use cases.

In the event of an attack, the Blue Team takes action and performs response tasks, including forensic analysis of the affected machines, traceability of the attack vectors, proposal of a solution and establishment of detection measures. Although the Blue Team is usually used to defend against large attacks, it evaluates and analyzes any security flaw that happens in the system, even if it is tiny.

How does a Blue Team work?

The Blue Team starts with a first data collection, document exactly what needs to be protected and carry out a Risks evaluation. They then enforce access to the system in many ways. They also take care of the staff education on security policies such as stronger passwords and make sure they understand and adhere to security procedures.

Monitoring tools are typically implemented that allow information about access to systems to be logged and checked for unusual activity. Blue Teams perform regular checks on the system, such as DNS audits, scanning for internal or external network vulnerabilities, and capturing sample network traffic for analysis.

¿How do the red and blue teams work together? The communication between the two teams is the most important factor for successful exercise and for constant improvement of the system.

The Blue Team must keep up to date on new technologies to improve security and must share all information with the Red Team in order to carry out test attacks. Likewise, the red team must always be aware of new threats and penetration techniques used by hackers and advise the blue team on prevention techniques.

Depending on the objective of your test, the Red Team will or will not inform the Blue Team of a planned test. For example, if the goal of the attack is to simulate a real response scenario, Blue Team will not be notified about the test. Only someone in management needs to be informed about the test for further analysis, usually a Blue Team leader.

When the test is complete, both teams collect information and report their results. The Red Team warns the Blue Team if they manage to penetrate the defenses and provides advice on how to block attempts similar to a real scenario. In the same way, the Blue Team informs the Red Team whether or not their monitoring procedures detected an attempted attack.

Ultimately, both teams must work together to plan, develop and implement security controls more stringent as needed.

The Purple Team exists to analyze and maximize the effectiveness of the Red and Blue Team. This team is in charge of confronting the defense techniques of the Blue Team against the attack techniques of the Red Team. With this confrontation it is possible to create more possible cases of failure or attack and to see if the system is working and is prepared correctly. If the defense in the confrontation is positive, the new scales or pertinent updates are integrated.

The idea of the Purple Team is coordinate and ensure that the two previous teams share information about system vulnerabilities to achieve constant improvement. The Purple Team is more than a team, it is a coordinator of the Blue and Red Tteam.

Functions of the Purple Team

For both companies and institutions, it is essential to implement security controls to minimize the risks of a cyber attack and protect the data they handle.

What advantages does the existence of these teams have? Although the different cybersecurity teams help to create a good defense against possible attacks, we must not forget that cyber attackers are constantly training and evolving to find a minimum gap to access. That is why it is vital to be continuously analyzing all security systems, especially today where cyberattacks on companies do not stop increasing.

This increase in cyberattacks is caused by the rapid introduction to the digital world of many companies that have been forced to make the change due to the pandemic. It has also been caused by the incorporation of teleworking, since many companies were not prepared for this change. That is why the implementation of cybersecurity is so important and vital for companies. Or through our social networks: 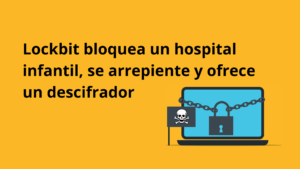 Lockbit starts the year with regret

Lockbit is a hacker group that has existed since 2019, and is one of the most active currently. In this case, the group

The value of information, We are facing one of the most important cyberattacks in Spain

Alert to a possible cyberattack on the Ministry of Economy. What would you do if when you got to the office, your mouse cursor is moving?